THE SENSATION OF HUNGER AND SACIEDAD

The World Health Organization considers being overweight one of the top ten health risks, in developing nations it is among the top five. The numbers are eloquent enough that science has been determined to find the solution to the biochemical puzzle that governs everything from the synthesis of fats in the body to the signals that tell our brain when to feel hungry or satiated. 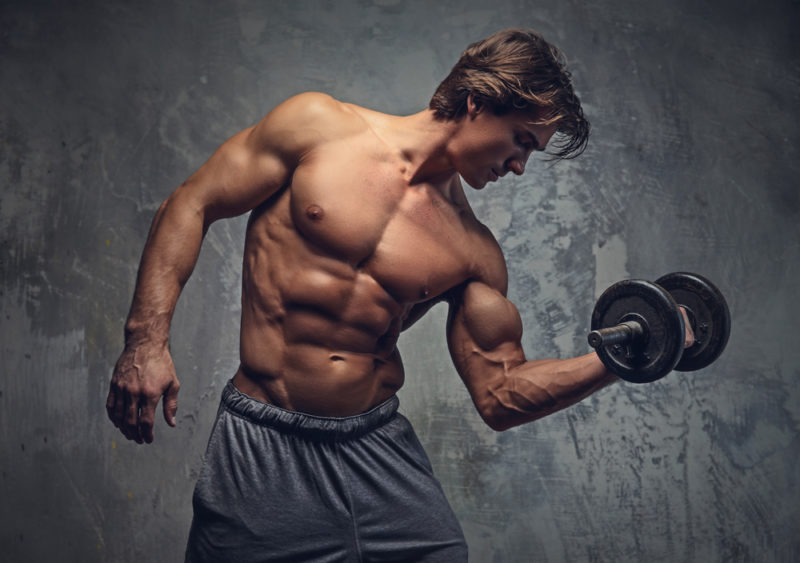 – Hunger : means anxiety for food and is accompanied by various subjective sensations; For example, in the person who has not eaten for many hours, the stomach experiences intense rhythmic contractions called hunger contractions. These produce a feeling of tightness or gnawing in the epigastrium (pit of the stomach). Hunger is equivalent to thirst in that it is an impulse that can be reduced by appropriate behavior, which in this case would be to search for food and eat.

– Appetite: is sometimes used as a synonym for hunger, but it means a specific desire for certain foods and not for food in general. Consequently, appetite helps the individual to choose foods with specific characteristics.

– Satiety: is the opposite of hunger. It is the feeling that the search for food has come to an end. It usually results from a satisfactory meal, especially when the subject’s food stores (adipose tissue or glucose) are already full.
We need a certain intake of food to cover our daily requirements for energy and materials necessary for growth and repair of our tissues. If the intake is very high we get fat and if it is low we lose weight.
There is, obviously, a mechanism that somehow determines how much we need to eat. The nerve centers for the control of food intake are located in the brain, more specifically in the hypothalamus. Stimulation of the lateral region of the hypothalamus causes the person to ingest voraciously, a phenomenon called hyperphagia. On the other hand, if the ventromedial nuclei of the hypothalamus are stimulated, the result will be complete satiety, and even in the presence of a very appetizing food, the person will refuse to eat, a phenomenon called aphagia.
Destructive lesions of any of these parts have a The reverse effect produces totally opposite effects than when they have been stimulated.

Therefore, it is possible to call these lateral nuclei the hunger center or the food center, while the ventromedial nuclei are usually called the satiety center. In animal experiments if the ventromedial nucleus area is destroyed, the animals end up eating and swallowing whatever appetizing food is placed in front of them. But at the same time they show none of the other signs of the hungry’s behavior. They don’t forage for food or eat more after starving than they did before.

This area appears to be the control center for the urge to eat in relation to food availability, not in relation to the body’s caloric needs. Thus, as the lateral hypothalamus area is stimulated, signs of hunger are produced, even in satiated animals. They eat as if they are starving, gobbling even unappetizing food and drinking until they are fat. It appears that hunger is controlled by a balance between messages from the ventromedial nucleus and the lateral hypothalamus.
Actually, it is not so easy to be able to explain in brief what is the center of food or satiety, since many brain stimuli influence and the mechanics of food ingestion depends a lot on the nervous responses of said centers. However, we can divide the regulation of food into:

– Nutritive regulation
Refers primarily to the long-term preservation of normal amounts of nutrient stores in the body. When unlimited amounts of food are offered to a study subject who has been starved for a long time, that subject can ingest much more food than when on a regular diet. Conversely, a subject who has been forced to overeat for several weeks will eat less than usual when allowed to do so according to his own wishes.

Therefore, the body’s food control mechanism is linked to nutritional status. In summary, when the body’s nutrient stores fall below normal, the hypothalamus feeding center becomes highly active, and the person shows an increased sense of hunger. Or, the other way around, when these nutritional reserves are abundant, the person loses hunger and develops a state of satiety.

– Food regulation
It refers above all to the prevention of an excessive intake of food when eating a meal. When a hungry person eats, what stops the ingestion of food when they have had enough? These are not the feedback mechanisms we just mentioned, because they all kick in at least an hour after the nutrients have passed into the blood. 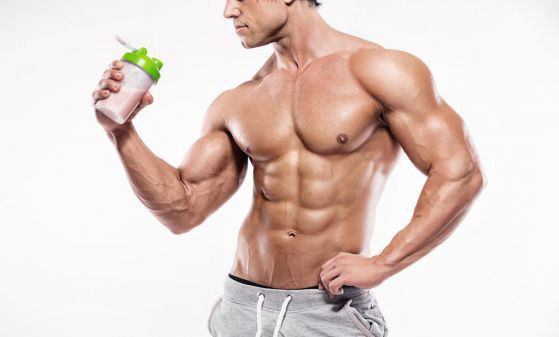 Clearly, it is very important that the person does not eat more than they should, it is even desirable that they eat in proportion to their nutritional needs. Signals of gastrointestinal filling are important for this purpose: when the stomach and duodenum (small intestine) are distended, inhibitory signals are transmitted to suppress the activity of the feeding center and thus reduce the desire for food.

Thus, there are several factors that affect the feeling of satiety …

– Time spent in the stomach: this factor does not depend on the volume but on the type of food, the combinations and the way it is prepared. Those that produce the greatest feeling of satiety are, obviously, those that remain in the stomach for the longest time.

– Digestibility: the more digestible the food, or the way it is prepared, the shorter the time it stays in the stomach. This parameter is related to the glycemic index.

– Volume of food: the intake of food causes a greater or lesser distension of the stomach. It has been proven that for equal caloric intake, larger foods prolong the feeling of satiety more. This parameter is related to the so-called fill factor.

– Presence of fiber: fibers, whether or not soluble, delay the intestinal absorption of carbohydrates, improving the glycemic index. In addition, some types of fiber, due to the volume effect, increase the feeling of satiety.

– Consistency: the more difficult they are to chew, the longer they stay in the stomach and the greater the satiety.

– Presence of proteins and fats: both proteins and fats tend to delay gastric emptying, which is why they positively affect the glycemic index by reducing it, but instead can increase the energy value of food (fats have twice the calories of protein and carbohydrates)

– Degree of doneness: the different ways of cooking break the macromolecules of food (either carbohydrates or proteins) into smaller molecules that are usually more digestible and, with a shorter residence time in the stomach.

– Way of cooking: as indicated before, certain ways of cooking greatly modify the glycemic index of food. Thus, a mashed potato has a higher glycemic index than a cooked potato. In the presence of water and at a high temperature, the starch gelatinizes, increasing the glycemic index. At 100ºC or more, the starch absorbs water that hydrates the amylose and transforms it from slow absorption to fast absorption. Potatoes cooked in the microwave significantly increase their glycemic index, probably because microwaves produce high temperatures inside the same that destroy the starch, although without losing its energy content.

HOW DO HORMONES INFLUENCE APPETITE?

The hormones involved in regulating intake can be divided into two groups: one that acts quickly and influences individual meals, and another that acts more slowly to promote the long-term balance of the body’s fat stores .
The level of glucose in the blood is the main factor that controls hunger. A low level of glucose produces hunger pangs: contractions in the stomach and intestines that provoke the painful memory of the need for food. But there are other factors, since we need not only carbohydrates but proteins, lipids, minerals and vitamins in our diet. Food intake must always be sufficient to cover the body’s metabolic needs and keep it in balance so as not to lead to obesity or anorexia. The main role of insulin is to get glucose into the muscles and regulate its levels in the blood. But people with too much insulin circulating become desperately hungry, eat more, and gain weight.

There is a direct correlation between the level of leptin in the blood and the amount of adipose tissue that exists in the body, but what the brain perceives is the variation. That is, a person can be very obese, have a lot of adipose tissue, and therefore have a lot of circulating leptin, but if he has not eaten for four hours and begins to burn more fat, by lowering the level of this hormone in the blood, the brain interprets that it has to eat. The hormone Ghrelin, which is secreted by the stomach, is another kind of red flag. Its levels rise abruptly before meals, on an empty stomach, signaling to the brain that it’s time to be hungry, and then drop just as quickly, when the stomach is full.

The hormone cholecystokinin, released mainly in response to the presence of fat in the duodenum, has a strong direct effect on the center of the diet, reducing food intake.

There are those who say that eating is an addiction. And perhaps they are right, because one of the chemical messengers involved in diet is dopamine, a neurotransmitter associated with addiction to all drugs of abuse. This substance seems to leave an indelible mark on our neural pathways. The first time a person tries a food they like, a dopamine rush accompanies the moment of pleasure; but later, each time sight or smell detects it again, the discharge occurs not in the consuming stage, but in the anticipatory stage. It has been shown that the activity of the same neurons anticipates the release of dopamine when it is already known which is the pleasant stimulus that is approaching. All drugs of abuse work through dopaminergic anticipation: nicotine, cocaine, amphetamines, opioids …

Another of the hormones that influence the feeling of hunger is serotonin, also linked to mood (people who have low levels of serotonin tend to suffer from depressive states, or are impulsive, or violent). It is a chemical messenger that acts on neurons that secrete melanocortins, the most powerful anorexic agents in the brain: when the release of melanocortins increases, laboratory mice do not eat; when it crashes, they eat all the time.

Melanocortins have their counterpart in another neurotransmitter that attracted the attention of scientists, the Y peptide. It was observed under experimental conditions that when it is injected into a laboratory animal, it immediately triggers its voracity.